I think we might be going the wrong way

The votes are in and we’re heading west instead of east. Following the smell of hot pavement and BBQ. We’ll be riding a big arch from Humble to south Houston.

A day in the sun

It was a slow start. A few chores and people to chat to. We didn’t get underway until eleven. By that stage the mercury was already hitting 31 degrees C.

We travelled east, not interstate east but enough lanes to keep life short. Skirting the northern edge of George Bush International. We were meant to be heading east… so west it was. Such is the life of a Clueless traveller. The heat was building.

By chance we stumbled upon the ridiculous. ‘The national museum of funeral history’. We couldn’t resist. We burst through the door into the escape and the cool, only to stand behind a slow shuffling hoard of ageing pensioners being forcibly directed through the turnstiles into the exhibit. They were clearly concerned.

The exhibit was as magnificent and perfunctory as it was dark. It’s not everyday you see the wax work of a dead Pope, a presidential hearse and an exhibit on the inner workings of an industrial crematorium. All the while we watched the shuffling group of octogenarian becoming increasingly concerned with their own escape. The reality all too relevant to us.

We too made our escape. Heading due south through the inferno of the ‘burbs to Burns BBQ. Oh the irony. We were famished. Horse ordered a couple of small mixed portions of all things smokey and good. We underestimated the portions and did battle. Finally surrendering to the grill. What a place, what fabulous people, serving and local.

We rejoined the road, that hard ashen grey concrete, and for all intents hotter than the very sun burning at our backs. The mercury climbed, and climbed again. It hit 37 before I collapsed onto the eastern boarder of the White Oak Bayou Greenway. I was exhausted and looking up. High, high in the clear blue I saw a vulture circling. I realised it was time to call it, before things got worse. Today’s ride was over.

We booked into the closest and cheapest of sweaty hotels we could find and made our flight from the caldron. We had only achieved half of what we thought we could. Our expectations of could, should, be re-examined.

We made the sweaty by five. Hmmmm, I think we will take turns on watch tonight. That Is, if I ever leave the Lei low…  now where is Horse… ? 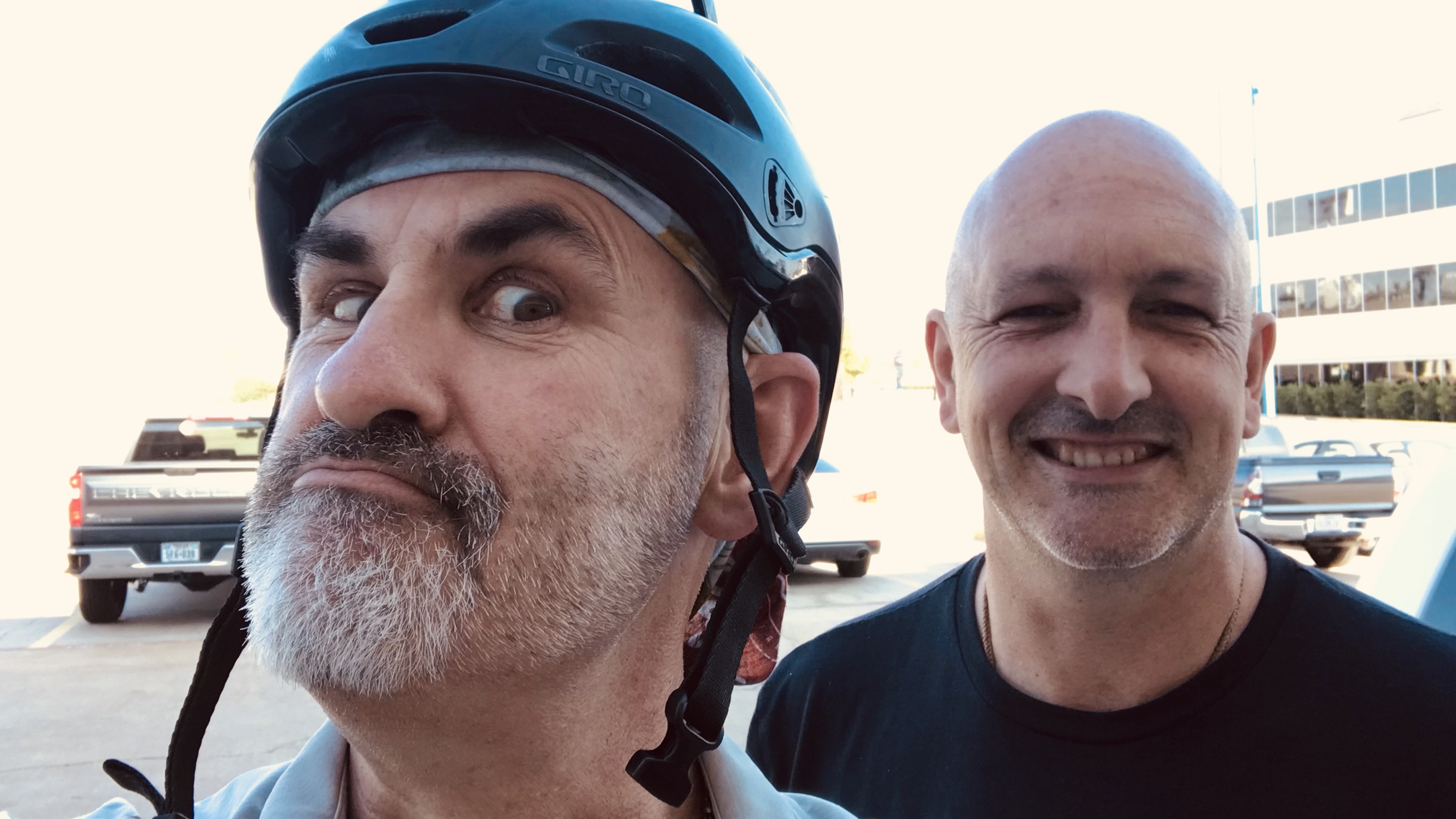 Tom Jones & Stereophonics - Mama told me not to come

The fabled and curious

Subscribe to the Clueless trails newsletter and keep up to date on all the good stuff, including future series destinations, blogs and new swag!